Earlier last month, in addition to the Thailand-Retirement-Visa changes, Thailand’s Ministry of Interior had announced it was waiving visa fees for applicants from 19 countries.
However, notices posted outside the Royal Thai Embassies in Vientiane and Washington DC and at the Royal Thai Consulate in Penang suggests that ALL applicants will now be exempt from paying the 1,000 baht fee.

The notice also states that during the same period, the Visa on Arrival (VoA) fee will be decreased from 2,000 baht to 1,000 baht for those who are entitled to apply for the VoA.

It is likely that this is an attempt by the Thai government to boost tourism during high season. It may also be a reaction to the recent revelations from the Tourism Authority Of Thailand that arrivals from China had experienced a ‘sudden drop’ following a crackdown on ‘zero dollar tours’. Figures quoted from a variety of sources suggest anywhere between a 10-30% decrease in Chinese tourists temporarily, but the overall figures for tourism in 2016 remain healthy.

And Return Pick up if you wish 350 baht we will take you back to the air port, bus station or 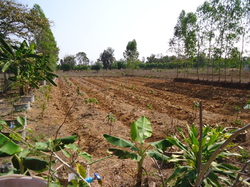