With its network of rickety staircases and walkways built in, on and around a giant sandstone outcrop, Wat Phu Thok is one of the region’s wonders. The precarious paths lead past shrines and gù·đì (monk’s huts) that are scattered around the mountain on cliffs and in caves and provide fabulous views over the surrounding countryside. A final scramble up roots and rocks takes you to the forest on the summit, which is considered the 7th level. If you hustle and take all the shortcuts you can be up and down in about an hour, If you are 15 to 25.  possibly 2 hrs if you are over 50

Take your time and Rest all the way and take plenty of water to drink.

Also known as Wat Jetiyakhiri and located some 150 km east of Nong Khai town, Wat Phu Tok is one of the most interesting of Nong Khai’s countless forest temples.

The unusual cluster of rock that now serves as the monastery’s centrepiece first attracted the famous meditation monk, Ajahn Juan (pronounced jew-an), in the mid 20th century. The monk was part of a forest tradition that favoured untamed places for meditation, and the area was once home to many dangerous wild animals such as tigers and cobras. The monks felt that meditating in dangerous places served to strengthen their mindfulness while teaching them to overcome fear.

In his later years, Ajahn Juan built a series of wooden stairs and platforms to make the ascent more manageable. The original stairs still meander in and out of rocky crevices that have since been turned into Buddhist cave shrines. Good views of the surrounding countryside can be enjoyed from the top.

Along with several other prominent monks, Ajahn Juan was killed in a 1980 plane crash, and a chedi and mausoleum were built to enshrine his relics in the now well-groomed grounds below the rocky hill. While this is a great place to meditate, foreigners are apparently no longer allowed to stay overnight after a foreign couple was caught being a little too touchy in this highly sacred monastery where a small community of meditation monks reside.

Accommodation and Transport in UdonThani & Nongkhai

For Accommodation and Transport, We can help we have a Resort Hotel. 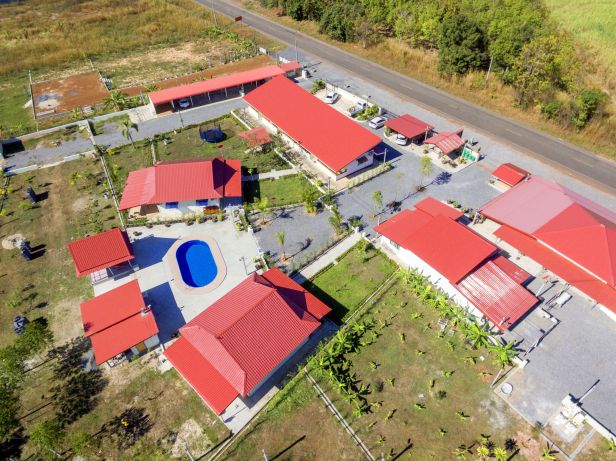 Accommodation in UdonThani
If you are looking for less expensive places to stay  with Culture welcome to come and stay at our new Country club in UdonThani, Or our Apartments and villas in UdonThani
www.udoncountry.club